The State House was bustling this week as a bill to fix our broken roadways and bridges was introduced in the House. I’ve heard from so many of you about the importance of fixing our roads and bridges and we made the initial step in that process this week.

The most sobering reality in our state today is that people are dying on our roadways and we can prevent much of it. Our state is once again on the wrong end of a national 50-state listing. We lead the nation in traffic fatalities, a sad fact attributed in part to the dilapidated state of our road systems. South Carolina has seen an increase in traffic fatalities of 27% in just the past 3 years alone.

The effort to develop a long-term sustainable solution to fix our dangerousinfrastructure began 3 years ago in 2014. A bi-partisan committee developed a proposal utilizing the information provided from a DOT audit. The bill passed the House, but was ultimately blocked in the Senate.

After much input, a new infrastructure bill was put into motion this week that would take an incremental approach to an increased user fee. Motorists who drive on our roads would see a 2 cents/gallon increase each year over the next 5 years. It is important to note that 100% of the additional funding would go solely toward our vast infrastructure needs. The last time South Carolina increased the per gallon user fee was in 1987 under the leadership of Governor Carroll Campbell. It remains one of the lowest in the country. Since the last increase the cost to pave roads has multiplied without a new source of funding.

The oldest taxpayer watchdog group in South Carolina, The South Carolina Taxpayers Association (SCTA), announced its support for the House measure. SCTA President Don Weaver said, “Well naturally, our membership doesn’t like any tax increase if that were perfect, but we also realize that the roads do need an increase in funding, and so unfortunately the gas tax really is the best way to get that.”

By utilizing a user fee increase (sustained long-term funding paid by anyone buying fuel to drive on SC roads), instead of General Fund money (one-time monies, most of which is collected only from SC citizens via sales/income tax), the new bill would shift the burden from being solely on the backs of SC taxpayers to anyone who uses our roadways – 1/3 of whom are out of state individuals. It’s called a “user fee,” not to try and hide the fact that it’s an increase of revenues, but to highlight the fact it’s a tax only paid by people who buy fuel to drive on our state’s roads. Those who drive tens of thousands of miles on our roads will pay more because they use them more, and those who drive much less, would pay much less under this plan. The measure is an effort to create a fair user fee for motorists who cause wear and tear on our roads.

In a creative effort to even further shift the burden from SC citizens to out-of-state funding sources, the new legislation places a transfer fee on any out-of-state individuals seeking to register a vehicle for use on our roadways. The concept being those who use our roads should pay to do so. Currently Georgia, North Carolina and Tennessee all have similar measures.

While this proposal makes its way through the legislative process, there will be many opportunities for discussion and debate. I’m asking for your input on the matter. I will also update you as additional details become available in the coming weeks. 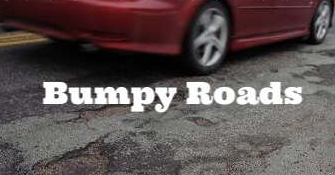 Out of State Vehicle Transfer Fee:

Remember this is just a proposal and has not passed the committee process, the House or the Senate.