Please see below a press release from the South Carolina Department of Education.

“These results illustrate the importance of an education system that is based off multiple measures, said State Superintendent of Education Molly Spearman. “While there is still work to be done in other areas, the data from these two rigorous national assessments prove that South Carolina students can surpass their peers nationally and that our schools are moving in the right direction.”

The SAT relies on two main components, Evidence Based Reading and Writing (ERW) and Math. The Essay section is optional. Scores range from 400 to 1600 overall with 200 to 800 coming from ERW and 200 – 800 coming from Math.

African American student participation accounted for 26% of all test takers which more than doubling the national participation rate of 13%.

South Carolina students outperformed the national average in percentage of exams with scores of three or more on eight of the top ten most popular Advanced Placement tested subjects.

7,795 South Carolina students were named AP Scholars, meaning they scored three or higher on three or more AP exams. This is an 8.6% increase from 2017. 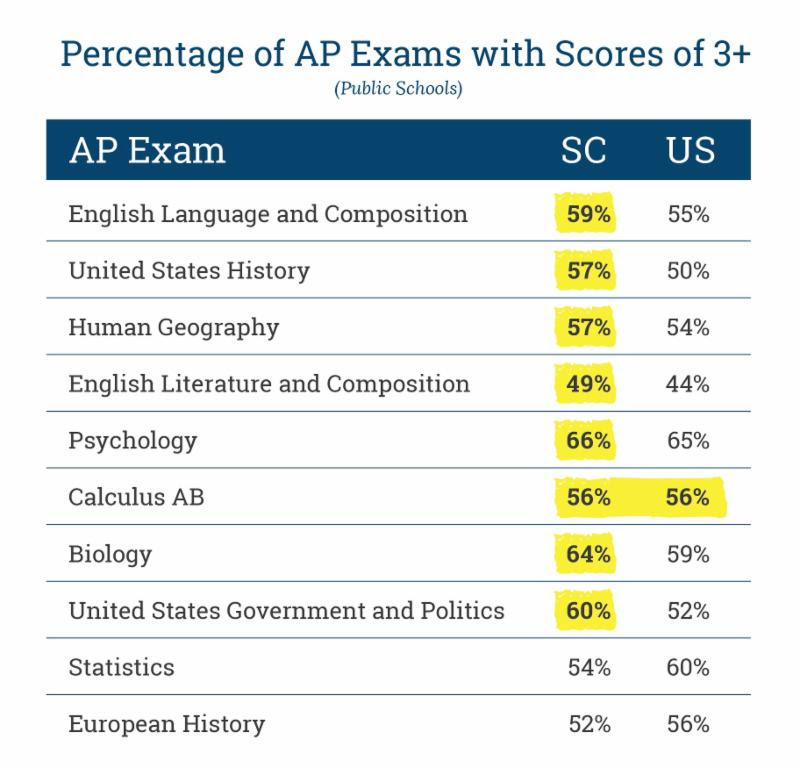 State, School District, and School Level Data for the SAT and AP assessments can be accessed by visiting this link.