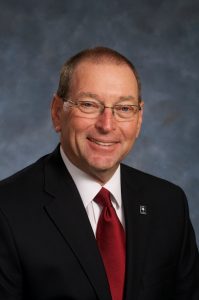 First, a little background. The House Republican Caucus led the fight on strong ethics reforms when we first approved the bill last year. We have long touted our ethics laws as some of the strongest in the nation, and they were when they were originally written two decades ago. Since that time a lot has changed in politics: We use tools today that weren’t widely used in the early 1990s – simple things like cell phones, ATM machines, and the Internet. Even six years ago, people rarely contributed to political campaigns online. We hardly give any of these things a second thought today, but our law doesn’t reflect those changes. Our legislation:

The S.C. Senate added 12 new sections and doubled the length of the bill – watering down several key components of the law and adding a few good changes. And, as is typical with the Senate, the bill was approved before it was written. That means there are a number of sections of the new bill that raise more questions than give answers. This week, we sent the bill to a specially expanded House Judiciary Subcommittee tasked with rewriting the bill so the House can enter into a conference committee on the strongest possible footing.

It is time to change. It is time for our conservative state to promote a conservative ethics reform plan that strengthens the law, streamlines the complaint process, and makes public officials more accountable. I look forward to getting that legislation back quickly so we can get it to Governor Haley’s desk.

Another piece of legislation approved this week was a stronger version of “Emma’s Law” in the House Judiciary Committee. The bill received its name from Emma Longstreet, a 6-year-old girl from Lexington County who was killed by a repeat offender drunk driver two years ago.

I worked hard, as a committee leader on this bill, to get it passed out of the Criminal Laws Subcommittee. We had to strike a compromise to which all stakeholders agreed. It is not necessarily what we all wanted but it was what we all could agree on. The following is what was passed out of committee and will be debated in the House next week. It is very important that we get this legislation passed so we can start saving lives by the use of these ignition interlocks.

Our state is currently using the interlock devices, but only for people convicted of multiple DUIs. According to media reports, more than 700 are currently in use which is on 11% of those required to have them on their cars. You might ask why and the reason is those required to have the ignition interlock installed say they no longer own a car or other reasons like not driving. Expanding the use of these interlock devices is a critical step in making our roads safer.

Finally, as I was preparing this email blast, we received two great pieces of economic news. First, South Carolina’s unemployment rate plunged to 5.7 percent — less than half what it was back in 2010. That’s an amazing number. Second, BMW made a major jobs announcement on Friday when officials said they would begin producing the new X7, invest a new $1 Billion in the plant, and create 800 new jobs. (And, for every job BMW creates, studies have shown three more jobs are created in the community.) Spartanburg’s economy is really beginning to hit on all cylinders — so to speak.